Looking for trusted expert pest control spiders in Sydney near me? Do you know that Sydney is home to several dangerous and deadly spiders? Are you eager to know what spider species you can expect to encounter in your Sydney home? Have you been wondering why spiders bite humans? Are you looking for the top-rated spider removal team to free your Sydney home of spiders? 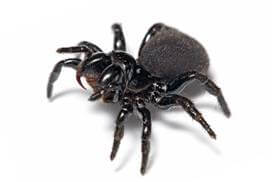 The stubborn spider infestation is one major pest control problem in Sydney. In fact, spiders have dominated almost everywhere in Australia.

These arachnids have around 10,000 species in the country. Particularly, they are thriving in both urban areas and bushlands.

The danger of spider attacks is enough reason to eliminate these little critters immediately. Generally, their venom serves well in poisoning their prey and even harming humans.

ABC Pest Control Sydney is the top choice for spider removal. At an affordable price, we can certainly provide solutions to all your pest control needs. Book us today or call us at 0404 130 944 for inquiries. 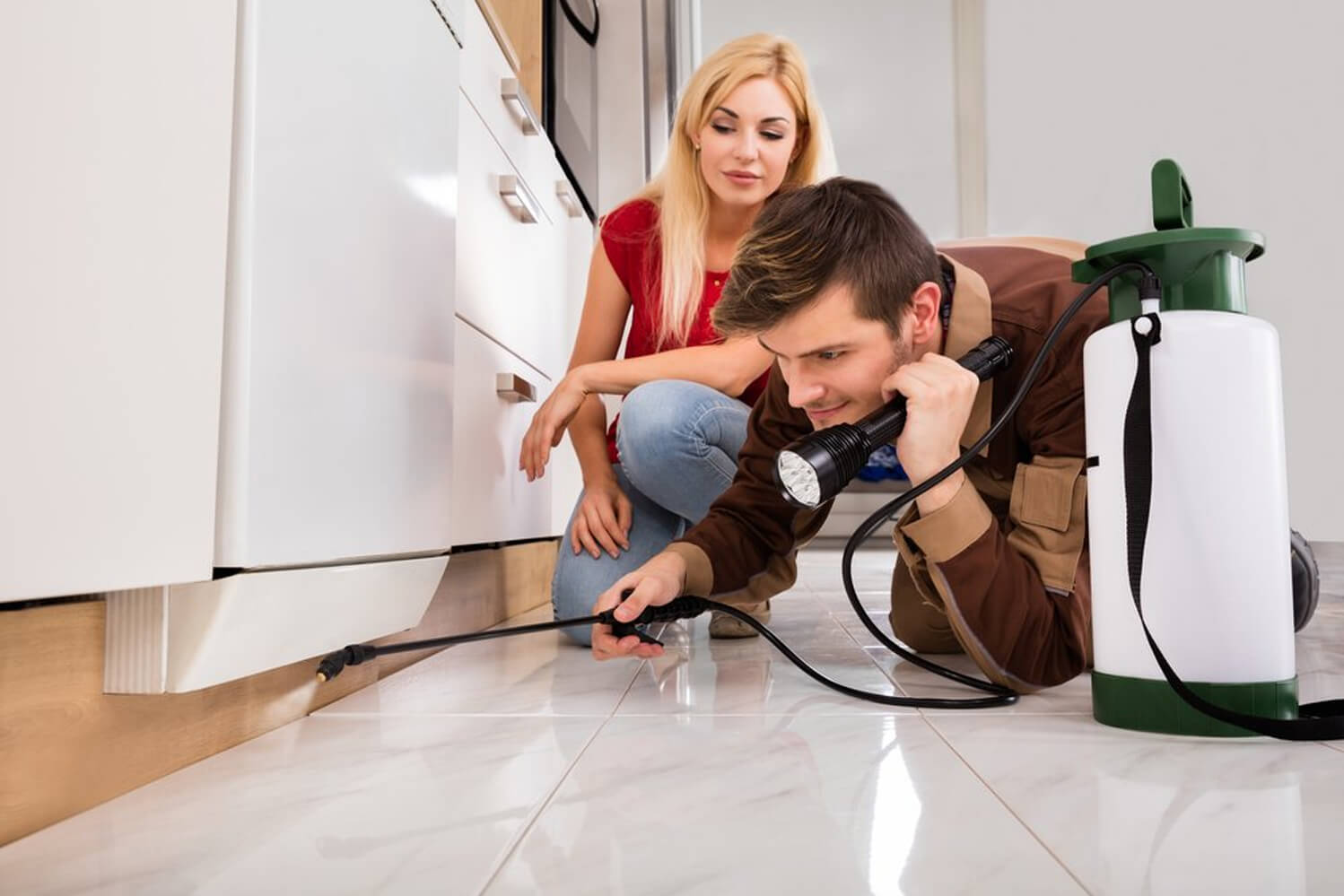 What Are the Common Spiders?

There are an estimated 10, 000 spider species living in different habitats in Australia. Specifically, there are around 3,500 already classified. Most horribly, there are a significant number of them that are venomous or deadly. 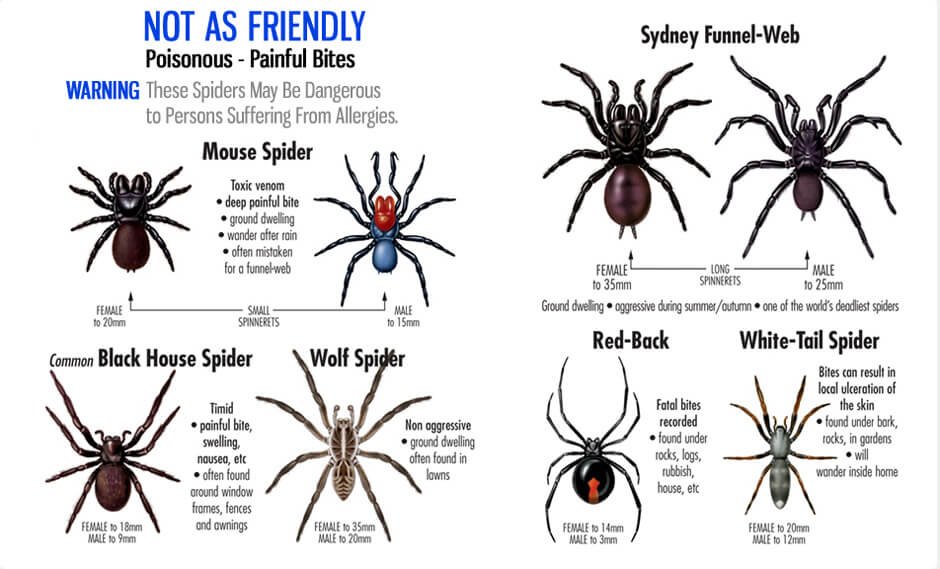 Some of the most dangerous spiders in Australia are the Sydney funnel-web spiders and the redback spiders. Also, present in the list is the white-tail spiders, wolf spiders, black house spiders, and mouse spiders. Moreover, huntsman spiders, garden orb spiders, and trap door spiders are also dangerous.

Spider species vary in shape, color, size, and behavior. However, ABC Pest Control Sydney can help you with whatever pest spiders you have. Hence, you can reach out to us for the top-rated spider removal.

What is the Deadliest Spider?

Sydney funnel-web spiders are inhabitants of the forests and urban areas in Sydney. Primarily, they have a record of 30 to 40 attack victims annually. Thankfully, the antivenin has been excellent in saving the victims.

To build their homes, Sydney funnel-web spiders usually burrow in humid sheltered places. Hence, you may encounter them in your gardens and backyards.

Specifically, their habitats include under rocks, under rotting logs, and dense shrubberies. In addition, they can also thrive in rot and borer holes in rough-barked trees, and rockeries. Also, you may recognize their burrows with irregular silk trip-lines radiating from the burrow entrance.

Sydney funnel-web spiders vary in body length from 1cm to 5cm long. Besides, their color ranges from black to brown and dark plum.

Redback spiders are dangerous spiders that have been growing in population in Sydney urban areas. In fact, these arachnids seemed to be getting more active each year. Probably, because of Sydney’s elevating hot weather.

Habitats of redback spiders usually are your verandas, sheds, and storage yards. Also, they can be inside your home and even in industrial areas.

Surprisingly, they prefer living near human places. Hence, you may also find them hiding in rocks, hollow logs, and shrubs. Furthermore, they may be visible in sheds, toilets, and in wood or junk piles.

Male redback spiders have less distinct red markings. However, the females appear with obvious orange or red longitudinal stripe on the upper abdomen.

Female redback spiders are larger than males. Generally, they have an average length of 1cm. On the other hand, males are only around 3-4 mm long.

The danger of a redback spider bite in Australia is undeniable. In fact, there are around 250 human victims receiving the antivenom annually. Thankfully, the redback spider antivenom has been available since 1956. Hence, there has been no more record of deaths since 1979.

Where Can You Find Mouse Spiders?

Mouse spiders also burrow in the ground to build their homes. Usually, they are common in river banks, creeks, and other waterways. Moreover, you can also find them in your gardens.

Mouse spiders look different from other arachnids. In fact, these spiders are 10mm to 35 mm long. Moreover, they have wide heads, shiny, and black with bright red or orange-red jaws and eye regions.

Mouse spiders are also venomous and are dangerous to humans. Particularly, some of them are as seriously venomous as the funnel-web spiders. However, mouse spiders have recorded only a few cases of envenomation.

Does Sydney Have Recluse Spiders?

Recluse spiders or also known as fiddle-back spiders, violin spiders, and reapers. Indeed, they have been existing in Australia for more than 20 years.

Recluse spiders are usually 6-20 mm in size with a creamy to dark brown and blackish-grey appearance. Surprisingly, recluse spiders have tiny fangs that are certainly not inclined to bite. In fact, they would run away from humans to hide.

If the recluse spider bite, their bite usually is painless. However, in some cases, you may feel like a burning pain similar to a bee sting.

Despite having no record of envenomation in Australia, there is still a reason to fear the recluse spiders. In fact, the danger comes with their potential to damage not just your skin.

Unfortunately, they can also cause damage to human blood cells. In the worst cases, blood damage may result in death by kidney or renal failure.

Where Do Trapdoor Spiders Live?

Trapdoor spiders exist in all parts of Australia including Sydney. May it be in bushlands or urban areas. Apparently, unlike other spiders, trapdoor spiders don’t have a web. However, to catch their prey, they camouflage their burrow’s entrance where their prey can easily fall in.

A trapdoor spider lives underground in small burrows for the majority of its lifetime. Most commonly, you can find them on your lawns or gardens.

Apparently, these arachnids strategically construct their burrows. Strategically, they have a cork-like trapdoor usually using soil, silk, or vegetation.

Trap door spiders have thin hairs and have an average length of 2.5 cm to 4 cm. Also, their burrow is usually 25 cm below the ground and is just open.

Among the food of trapdoor spiders are insects such as cockroaches, other spiders, beetles, and crickets. Besides, they have a lifespan of 5 to 20 years. Surprisingly, these spiders are distinct from other arachnids that only live up to 1 year.

Trapdoor spiders rarely bite and will only do so if you disturb or harass them. Nevertheless, when they bite, it could be extremely painful. Oftentimes, it may result in swelling with other minor symptoms such as nausea, lethargy, and malaise.

Are You In Danger Of The Garden Orb Weaver Spider?

The most common pest spiders in Sydney include the Garden Orb Weaver Spiders. In fact, there are more than 100 species of these arachnids are existing all throughout the country.

Garden orb weaver spiders usually build their suspended, sticky, wheel-shaped orb webs in trees and shrubs. Naturally, they choose these areas to easily catch flying insects. Specifically, they construct their web at night and remove it at dawn.

These arachnids are commonly reddish-brown or grey with a leaf-shaped appearance. Also, they have a rough triangular abdomen with obvious humps frontward.

Garden orb weaver spiders are reluctant and are not inclined to bite with no serious danger to humans. However, if they do bite, they can leave pain, redness, and swelling.

Particularly, their meal also includes other spiders such as the redback spiders and the curtain-web spiders. In addition, daddy-long-legs and the black house spider also fit in their appetite.

Like the other pest spiders, white-tailed spiders thrive in both forests and urban areas. Specifically, they live beneath rocks, barks, in leaf litter, logs, gardens and houses.

These spiders have a dark reddish to grey appearance. Also, they have a cylindrical and cigar-shaped body.

There were claims that they cause skin ulcers but these remain to have no proof yet. However, their bite can certainly cause pain and swelling.

Australian Tarantulas are unique spiders that exist even in Sydney. Specifically, they are famous as barking or whistling spiders.

As a matter of fact, they got their name because of their natural ability to produce sound. Generally, they rub their front limbs against the jaws when they’re threatened.

These spiders usually are dark-brown to pale reddish-brown with a silvery sheen. Also, they are heavy, large, and hairy. In fact, they are the only species with long hairs on the rear legs. Hence, making them easily more identifiable than others.

Australian tarantulas exist widely in Australia. In New South Wales, they can be thriving in habitats in the rainforests, houses, and buildings.

Tarantulas have stronger muscles and can easily ambush and overpower their prey. Specifically, their prey includes small reptiles, small birds, and frogs. Furthermore, they court their females by tapping their abdomen to the ground with flirty dancing until the latter surrender to mate.

Australian tarantulas may not be as fatal to people as the funnel-web spiders but they still are dangerous. In fact, their bite is painful because of their large fangs. As a result, you may experience nausea and vomiting for a few hours after the bite.

Moreover, these arachnids pose danger to pets. In fact, they are known for their potential to kill dogs.

Well-known for its huge size, the huntsman spider is the largest spider in terms of leg span. In fact, they are large, long-legged spiders. Commonly, they’re called the giant crab spider with a leg span ranging from 15cm to 30 cm in length.

Huntsman spiders are black and hairy which makes them look scary. They can be found anywhere in Australia, especially in Sydney. Oftentimes, they can horrify anybody by bolting out from behind the curtains.

If you want to find them, you can look for them under loose bark on trees. Also, they live under rocks, slabs or tree bark on the ground, and in crevices in walls. Moreover, they can enter houses and cars.

Similar to other spiders, huntsman spiders also have a venom that they use for defence and kill their prey. However, there has been no proof yet if their venom is dangerous for humans. Oftentimes, the danger they cause are accidents such as when the horrify people at home or in cars.

The moment you see a spider or a spider web, you are certainly under a threat of their infestation. Hence, if you are currently in need of help, call your local ABC Pest Control Sydney team. Apparently, we can clear your place of any dangerous spider. ABC Pest Control is ready anytime you need professional spider removal anywhere in Sydney. Therefore, you can book us now or call 0404 130 944 for enquiries. You can also check us on Google Business Profile for customer reviews and more details.