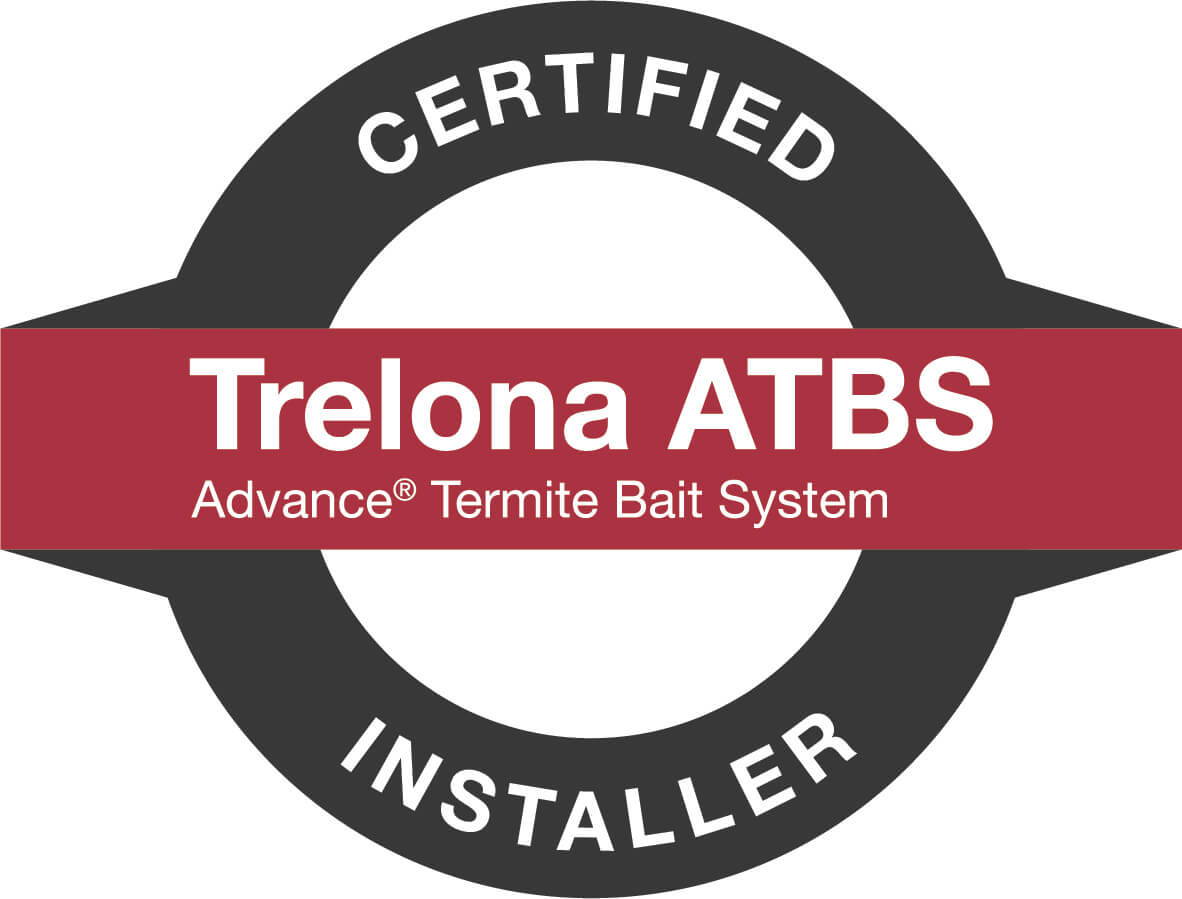 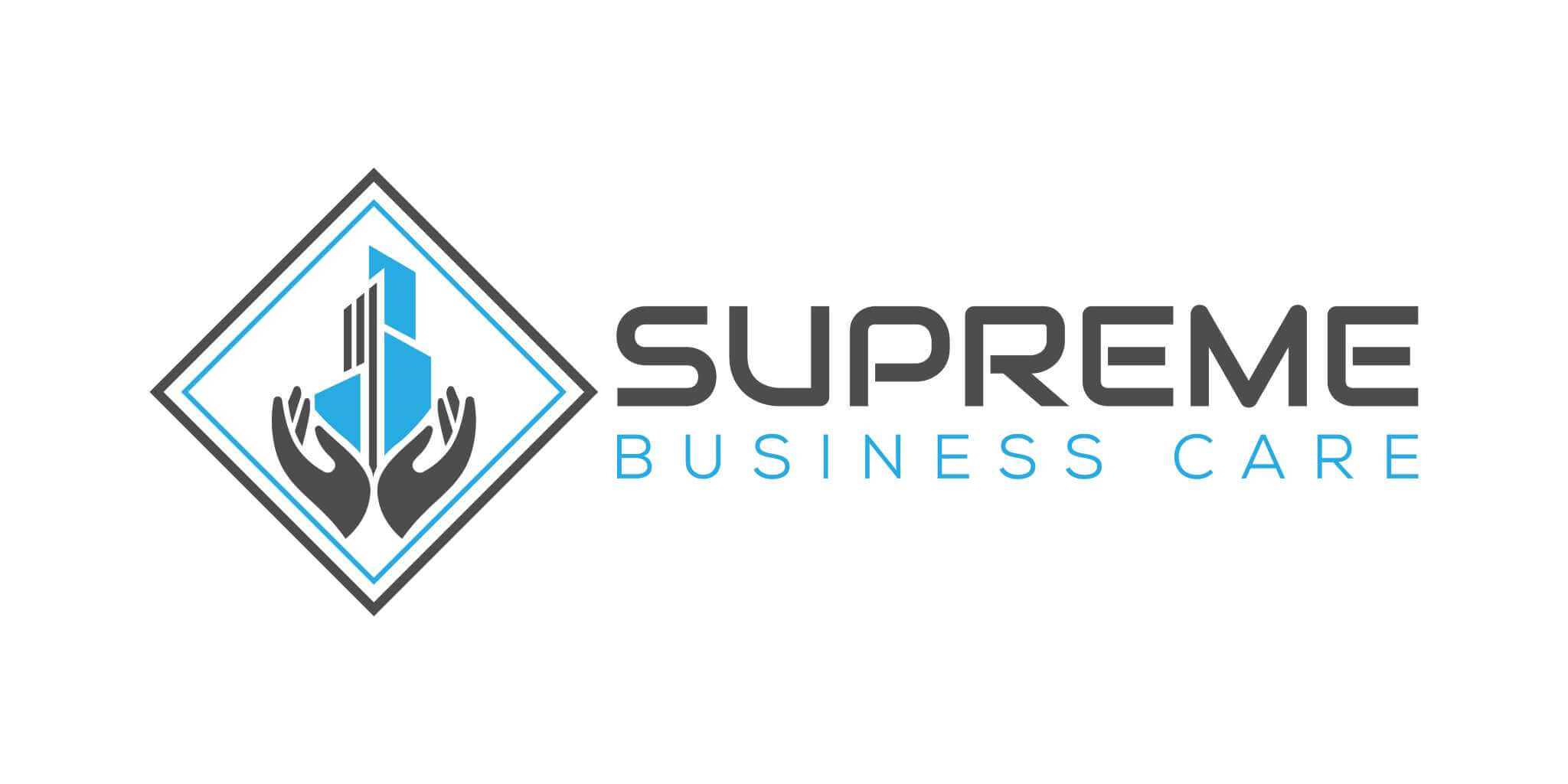 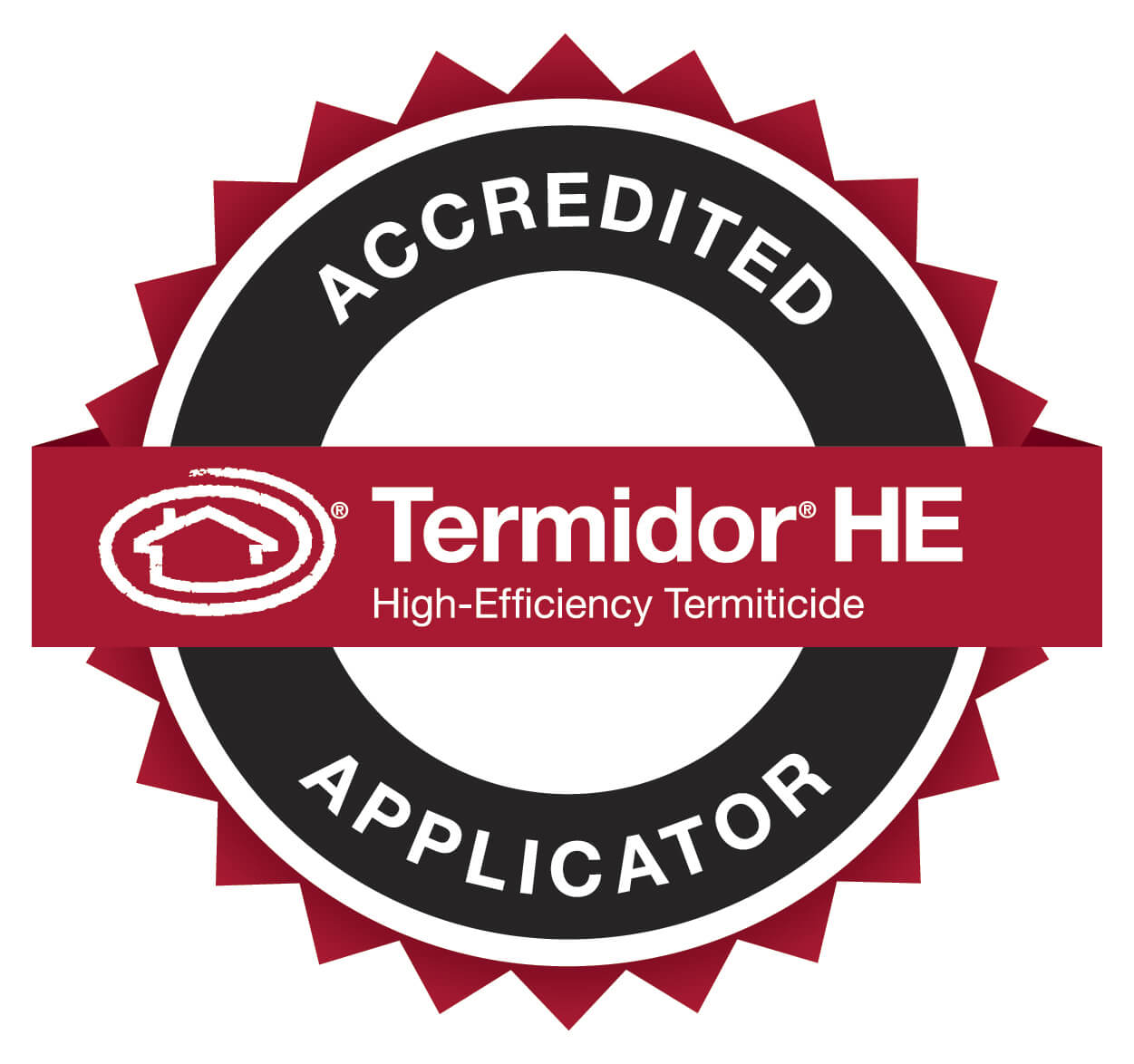 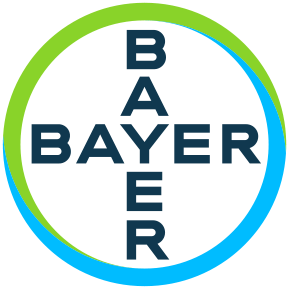 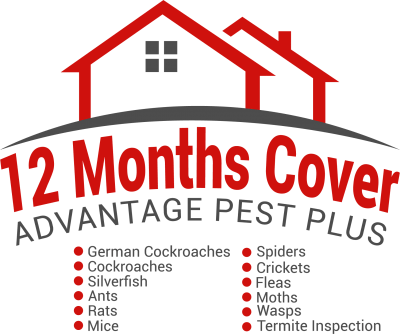 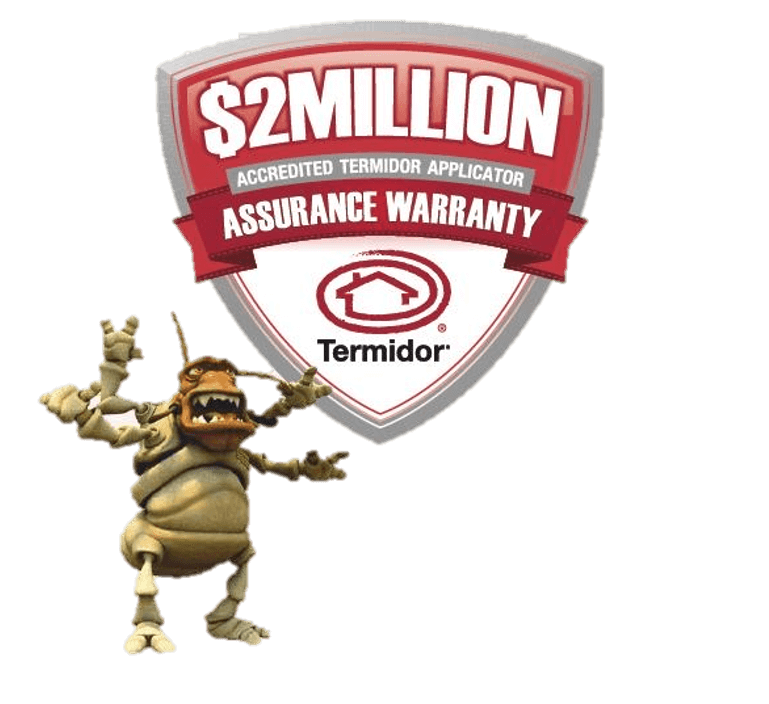 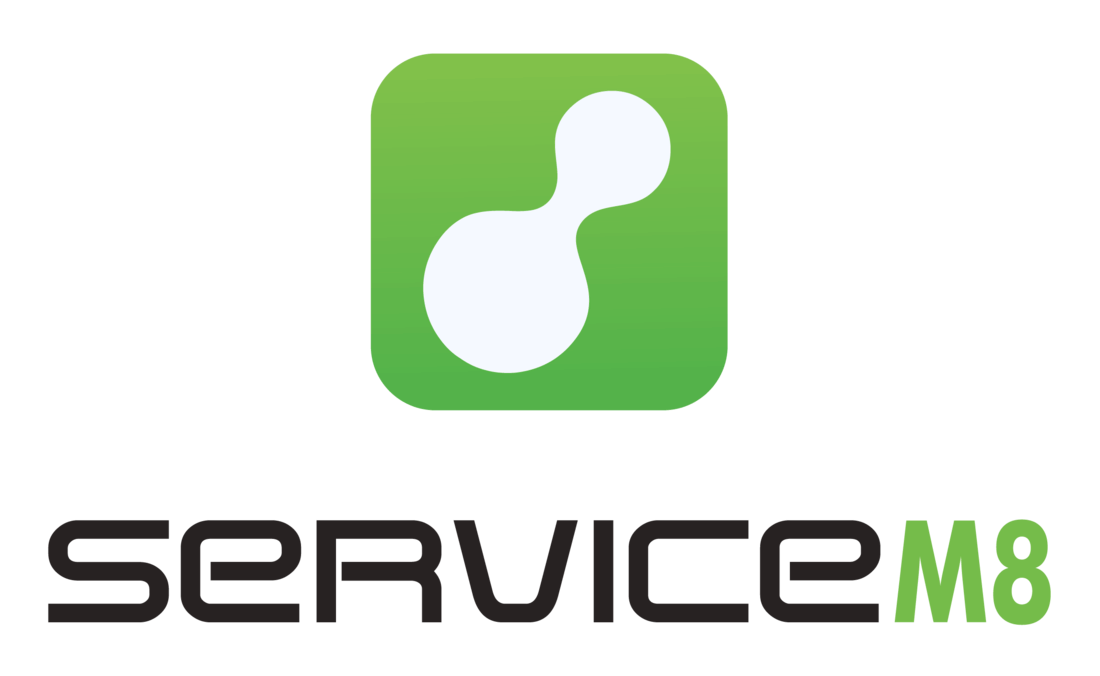 Are you looking for the top-rated wasp removal experts in Sydney? Did you know that wasps like to build nests in your home? How dangerous are wasps to humans? Can you eliminate wasps and their nests by yourself?

Like bees, wasps have been a common dangerous pest infestation problem in Sydney. In fact, these pests have been invading both residential and commercial properties.

If you have sighted wasp presence in your property, we recommend that you don’t disturb them. Indeed, unless you are a wasp removal expert, these insects could terribly harm you.

Wasp removal experts at ABC Pest Control Sydney are ready to exterminate these venomous pests. Specifically, you can call us on 0404 130 944 for enquiries.

You may utilize our speedy booking system on this website to book our team. Furthermore, you may check us on Google My Business for customer reviews and details.

Are Wasps Different from Bees?

Wasps and bees are both dangerous to people. In fact, both can sting and can be deadly. However, these two little dangerous insects are entirely different from one another.

Wasps usually have smooth and shiny skin while the bees are hairy. Also, wasps have a narrow waist and have a pointed lower abdomen. Moreover, wasps have bright colours that generally are in black and yellow patterns.

In terms of sustenance, wasps are entirely different from bees. For instance, bees feed on pollen, nectar and other sweet food like ripe fruits. However, wasps are natural carnivorous predators. Specifically, they eat spiders, caterpillars, ants, bees, and flies. Hence, they have been helpful insects in eliminating damaging insects to crops. 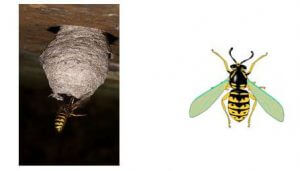 Wasps are carnivores but they also like sweets and are great pollinators. In fact, they have that strong craving for sugary food, particularly during the fall season. For instance, sodas, candy, juice, and ripe fruits could attract wasps, usually outdoors.

What are the Dangerous Wasps in Sydney? Wasp Removal Sydney

Sydney is home to the most common wasp infestation in Australia. In fact, wasps don’t just live in bushlands anymore. Unfortunately, they’ve been inhabiting the urban areas and building their nests in homes and buildings.

Australia has more than 10,000 species of wasps. Undoubtedly, some of these stingers have been a big problem in urban properties. In fact, along with bees, wasps also pose the biggest public health threat in the country.

All most common pest wasps in Sydney are dangerous to humans. In fact, all of them can deliver an extremely painful sting. Unfortunately, their sting could sometimes result in a medical emergency.

How Dangerous are the Wasps in Sydney?

Wasps are as dangerous as the bees in Sydney. In fact, like bees, wasps can sting when threatened. Specifically, their sting can be strong and painful to humans. Also, wasp sting incidents generally happen during the summer months. 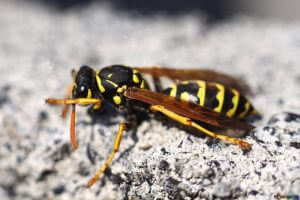 The stinger of wasps contains a venom that they inject when they sting. Generally, wasp sting causes pain and irritation. Specifically, it’s a sharp burning pain that you’d feel in the sting are. Moreover, you’d have redness, swelling, and extreme itching as a result of their sting.

Usually, the symptoms of a wasp sting are mild and might not need medical help. However, you can’t discount the fact that they can also be deadly. Particularly, the wasp sting can result in a severe reaction in case you are allergic to their venom.

In unfortunate cases, a wasp sting could be deadly in the form of anaphylaxis. Apparently, anaphylaxis is your body’s reaction of shock to the wasp venom. Unfortunately, in this case, you need to seek immediate medical attention.

Generally, severe allergy would include several symptoms. For instance, you’d have symptoms like breathing difficulties and sudden blood pressure drop. Besides, you’d also experience dizziness and severe swelling of your face including your lips and throat. Moreover, you may have diarrhea, stomach cramps, weak pulse, nausea and vomiting, and you may lose consciousness.

You’re certainly in constant danger with the presence of wasps around. Hence, if you see them in your property now, you need to act immediately. Thankfully, ABC Pest Control Sydney has expertise on wasp removal and you can contact us today.

Why Do Wasps Build Nests in Your Property in Sydney?

Your home or building is a nice place for wasps to build their nests. Needless to say, like bees, wasps choose to establish their home in sheltered areas. Therefore, secure places against rain, wind and direct sunlight like your home are always their favourite.

Usually, you get wasp infestation from a nearby wasp-infested place like your neighbourhood. Apparently, wasps never reuse their nests. Naturally, they’ll build a new nest just around the same place.

The bushlands are not the only habitat for wasps. In fact, they’ve already invaded the urban areas. Specifically, they can build nests in many parts of your home. Oftentimes, you’ll find them in your garage, sheds, wall cavities, attic spaces, and on the roof edges.

Unfortunately, wasps may also extend their nests indoors particularly starting before the winter season. For instance, they may enter your home through the opening like your windows, and doors. Therefore, when they’re in, you certainly will have a serious infestation.

If you notice wasp nest inside or outside of your home structure, do not try to destroy it. Certainly, they are extremely aggressive and can injure you with multiple stings. Hence, it is best to contact ABC Pest Control Sydney for the immediate wasp removal.

We’ve handled countless wasp removal jobs in Sydney. In truth, we have the first-hand experience of the danger with wasps. Therefore, we strongly recommend that you contact us immediately if you see wasps infesting your place.

ABC Pest Control Sydney can remove whatever level of wasp infestation that you have. Critically, never disturb the wasps until we arrive.

Talk to us now about your wasp problem by calling hour head pest expert on 0404 130 944. Likewise, you can book us immediately in under 60 seconds.